After achieving Black Belt Certification at 17 in Kyokushin Karate (the strongest Karate system in the world) & becoming one of the youngest "non-Asian" Bare Knuckle Full Contact champions at only 21 in 1987 (recorded live on the "Knock Out Any Attacker" Video), I put on a white belt & earned Black Belts in Judo & Brazilian Jiu Jitsu! You will save many years of guesswork and thousands of dollars.

With the very information revealed in these videos, I was throwing & tapping BLACK BELTS with decades of experience in the Black Belt division of many tournaments. (see live matches on the "Advanced Grappling & Groundfighting" Video) 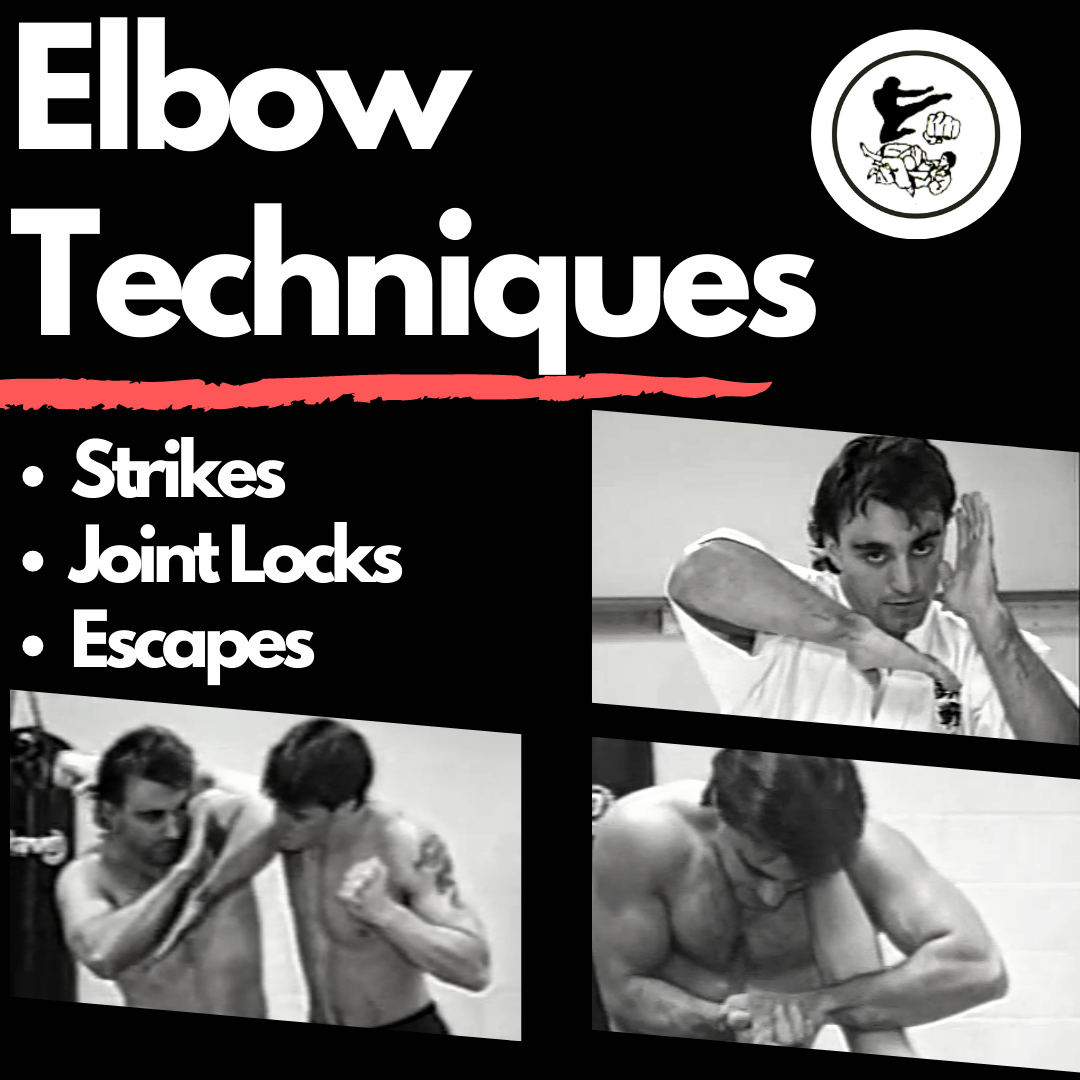 In 1994, when I released Elbow Techniques: Strikes, Joint Locks & Escapes, many martial artists were still “shell shocked” at the earlier 1993 debut of THE UFC. Besides the obvious lack of grappling and ground fighting in most styles, there was a method of striking that was completely underestimated… Elbow Techniques.

Except for that rare Muay Thai fighter or Japanese kickboxer who was courageous enough to enter the earlier no holds barred versions, the cutting, high impact, or blunt force trauma caused by the elbow resulted in some of the most severe fight-ending injuries.

There is a reason why a well-placed downward elbow strike to the back of the skull, brain stem, or spine is illegal.

Although very difficult to apply against a well-timed double or single-leg attack, one can quickly learn to sprawl, neutralize and deploy the crushing devastation of elbow strikes… along with its alternate self-defense applications!

When you order, it’s like Actually getting 2 videos for the price of one! It completely breaks down the elbow as a striking weapon in close & on the ground— Perform "elbows" in every conceivable situation.

Unlike the popularized leg/low kicks from Muay Thai and Kyokushin fighters, elbow strikes have never been covered as thoroughly as they have on this tape. To this day, they are still amongst some of the most secretly guarded striking techniques in the Thai and Japanese fighting systems ...this is due to them being so damaging and effective in application. As an added bonus while covering elbow techniques, a revealing "module" of Vale Tudo/No GI locks has also been included...

As an added Bonus... it reveals the most realistic arm locks from catch/Jiu Jitsu for street defense including escapes and neutralization from joint locks!