After achieving Black Belt Certification at 17 in Kyokushin Karate (the strongest Karate system in the world) & becoming one of the youngest "non-Asian" Bare Knuckle Full Contact champions at only 21 in 1987 (recorded live on the "Knock Out Any Attacker" Video), I put on a white belt & earned Black Belts in Judo & Brazilian Jiu Jitsu! You will save many years of guess work and thousands of dollars.

With the very information revealed on these videos, I was throwing & tapping BLACK BELTS with decades of experience in the Black Belt division of many tournaments. (see live matches on the "Advanced Grappling & Groundfighting" Video) 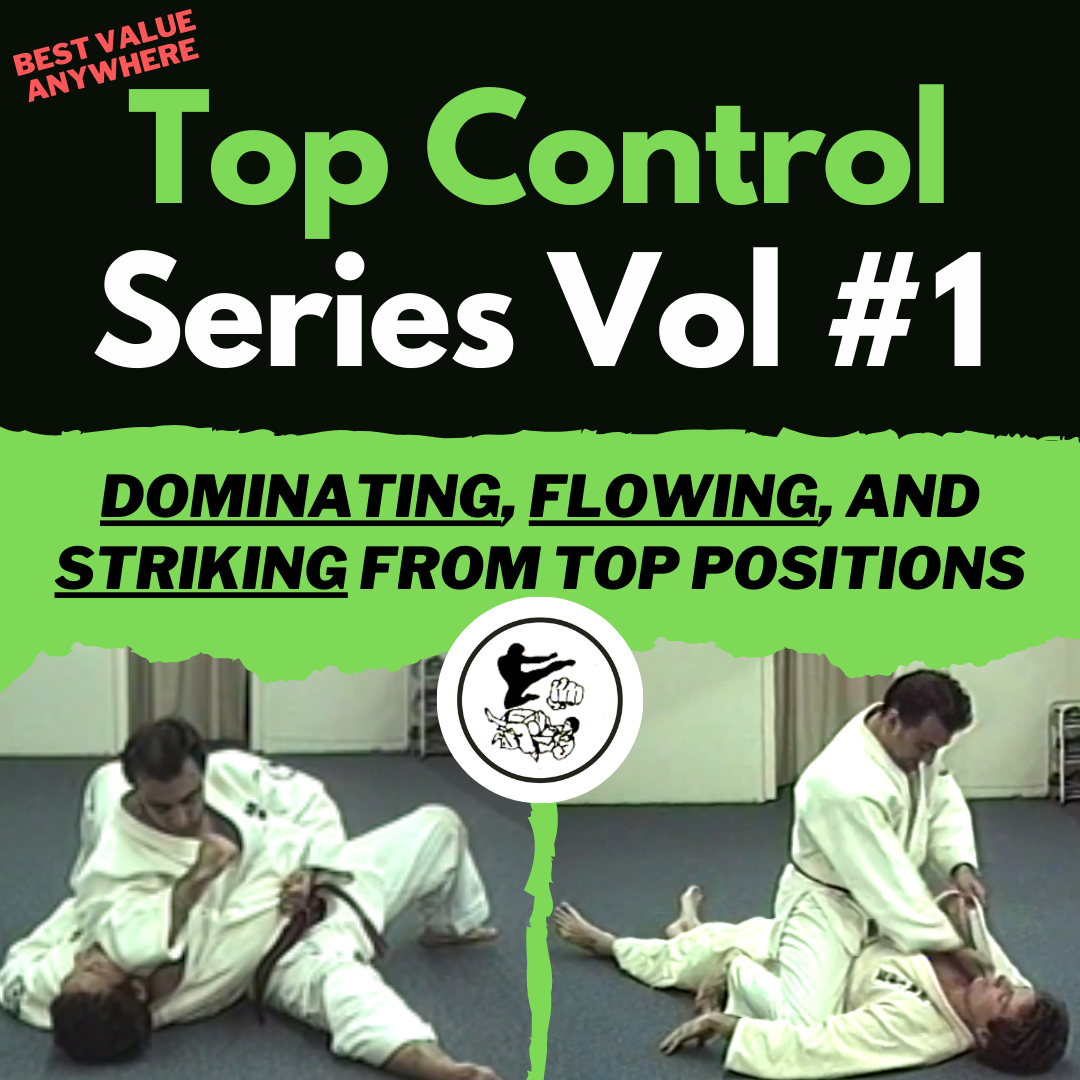 "Dominating, flowing and striking from top positions" is exactly what this video teaches, in the usual thorough and methodical manner we have become used to from Marco Lala.

Mr. Lala provides voiced - over commentary as he demonstrates the moves and as usual helps the teaching process tremendously. In terms of what is covered in this tape, a fairly complete list would look as follows :

(Read one of the most comprehensive reviews of this amazing video)

Whilst this list gives a good enough idea of what positions are covered in this video, it does nothing to show the depth and thoroughness with which this is done. All the basics are covered, in the case of the scarf hold, for instance, such details as keeping his head up, keeping your weight on the near side of his body, securing his arm under your armpit, not putting your weight onto him directly where he could move it, keeping his back flat on the ground, use of the legs to strenghten one's position etc. Many important points are made, such as that when you strike, you loose the use of the striking limb as a controlling bracket and hence open the gate a little for him to escape (and vice versa). As Mr. Lala says, that's the nature of the game. Another point is that the ability to create that ongoing feeling of having a two ton truck on one's chest is the result of being able to flow with an escape attempt. Mr. Lala compares this with making oneself feel like a very wet blanket or a half-filled waterbed. A picture like that can be worth the proverbial thousand words.

In teaching the side hold position, Mr. Lala shows that there are four basic ways for the opponent to escape: sitting up, bridging, side escape inward, side escape outward. He divides the torso into four quadrants and shows how correct movement relative to these quadrants can prevent the person on the bottom from escaping. A very simple, yet effective conceptual model. Mr. Lala then shows how the four leg positions (both legs out, both legs in ie kneeing, one in, one out on either side) are used to strengthen the top position depending on the movement of the person underneath. The legs functioning as an anchor, so to speak. Studying the material on this tape cannot help but make one a better grappler.